Especially during the cold winter months, when multiple textile layers are worn over one another, the problem of odor development in functional textiles becomes an issue. In fact, it starts just soon after putting on the freshly washed garment. The cause of this so-called “permastink” in polyester textiles is in fact not human sweat. On the contrary, it’s actually bacteria that converts the sweat into the typical disagreeable odors.

As soon as the odor molecules are on the surface of the textile, it’s no longer possible to completely remove them by washing. A biofilm builds up that not only produces odor, but also impairs the material properties, e.g. the breathability of textile.

SANITIZED AG has developed the Sanitized® Odoractiv 10 technology, which has a dual action effect: It works to counteract bacteria from adhering to the textile at the same time it also adsorbs odors that develop while wearing the garment.

Sanitized® Odoractiv 10 remains effective even after being washed 50 times. Treated textiles are designated skin friendly by the Hohenstein institute and carry the Eco Passport by OEKO-Tex® as well as bluesign® approval. The underlying technology has won the Swiss Technology Award. 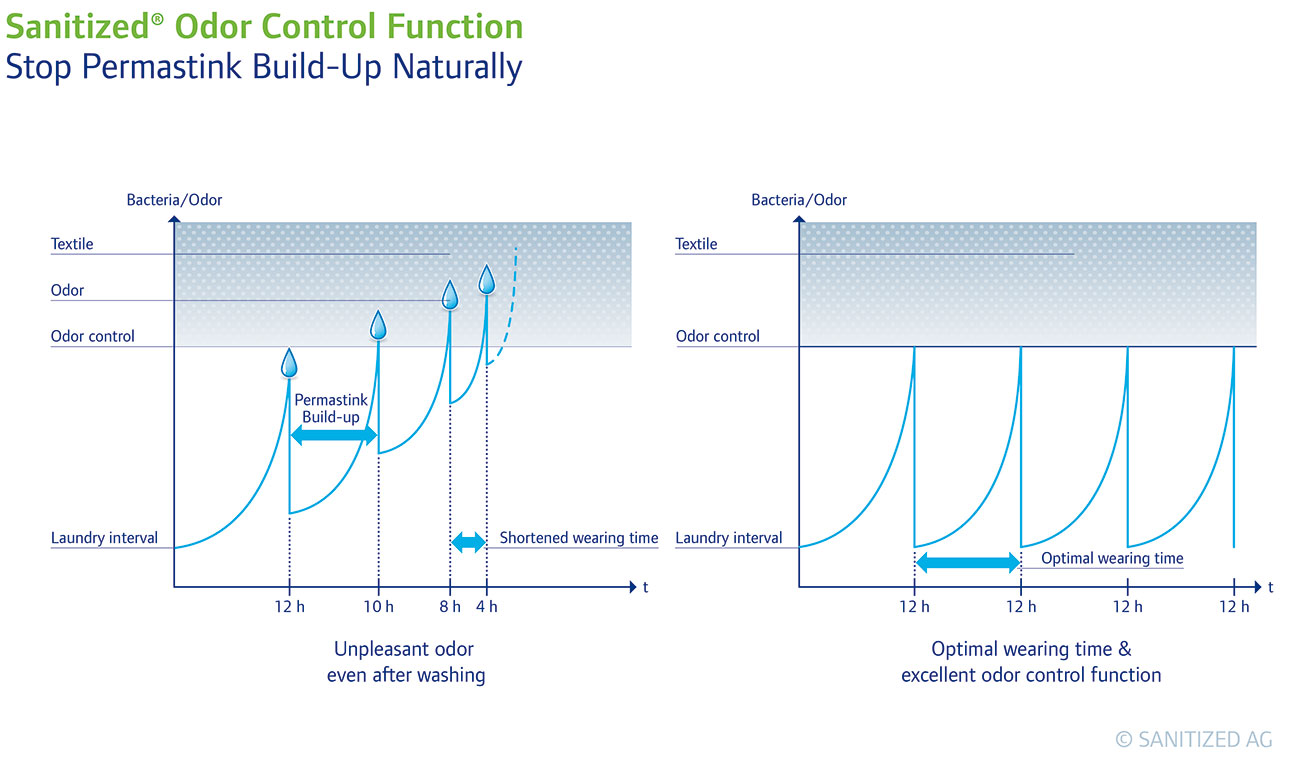